SUMMARY: I-CAVE is composed of five 9 x 5 foot high-resolution screens arranged in a hexagonal pattern and a surround sound system that create an immersive virtual reality experience. Hardware and software tracking capabilities are built into the systems to follow movement in the space and coordinate with displayed images for immersion of the users in the simulated environment. 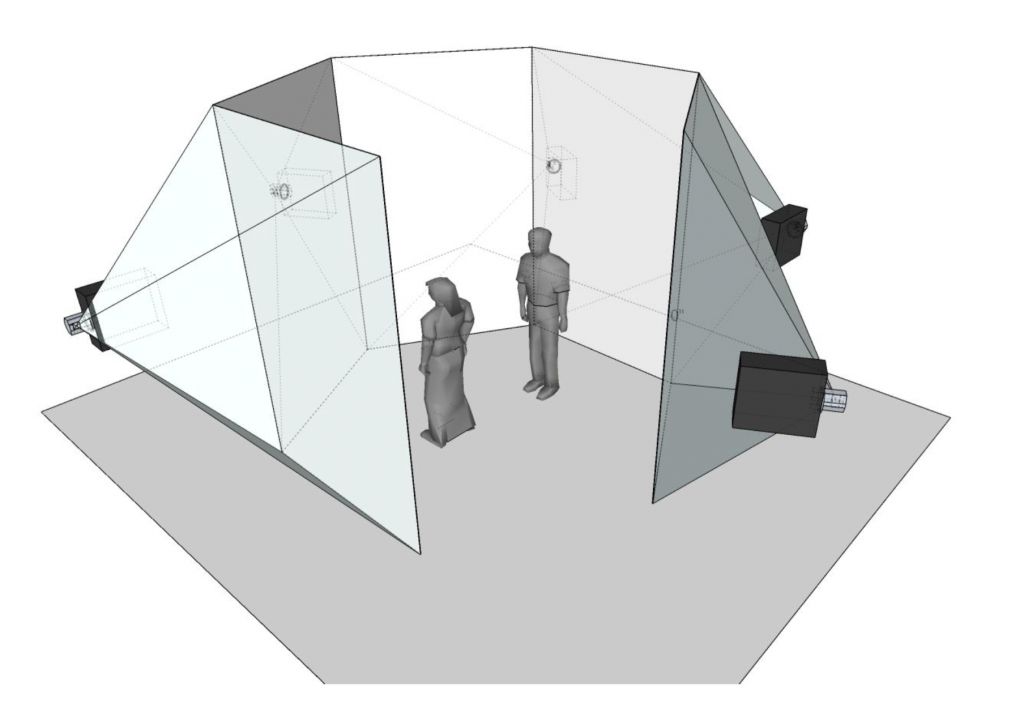 DISPLAY SYSTEM: The FIU ICAVE is a five (5) wall hexagon shaped Mechdyne Segmented Immersive 3D Visualization System (Hex display system). The Hex display system is ~18 ft. 7 7/8 in. wide by ~19 ft. 5 3/4 in. long with each screen ~133 in diagonally. The projection system consists of five (5) digital video projectors mounted in portrait orientation to display the images on the screens. In order to save physical space the lens is an ultra-short throw lens system that only requires ~4 ft. from the screen to display the ~133 in. diagonal image.

COMPUTER GRAPHICS: The FIU ICAVE provides a PC real-time graphics cluster to drive the display system. The cluster consists of two (2) workstations, i.e. One (1) master head application node (w/Nvidia K5200 GPU), and One (1) rendering node with four (4) Nvidia Quadro P6000 GPU cards driving the graphics out to the projectors. The rendering graphics cards are synchronized with each other, the projectors, the IR emitters, optical tracking system and the shutter-glasses for multi-channel 3D stereoscopic operation. The Microsoft Windows 7 Professional 64 bit SP1 operating system is installed on the machines

Specifications of the Master Head Node in the cluster:

Specifications of the Render Node in the cluster:

Each GPU in the rendering workstation drives two projectors each in clone mode. Clone Mode stereo is an NVIDIA driver setting. When this mode is enable a frame sequential stereo application is rendered such that the left eye image is displayed from one video channel, and the right eye image is displayed from a separate video channel. The Panasonic projectors require separate left and right eye inputs and then generate an active stereo signal output from those two signals. The Clone Mode configuration allows for the VR applications to output the video signal in the format the projectors expect. In this configuration all four video outputs from each GPU will be needed

The tracking system provides a six-degree-of-freedom optical motion tracking system for the 5 sided HEX. Four (4) infrared tracking cameras are mounted to the Hex structure above the user. A tracking volume within the Hex is provided for a single standing or crouching user with a glasses-mounted head tracker and a hand-held navigation device.

The tracking system uses an active stereo wireless IR shutter-glasses and three (3) wide angle blaster IR emitters mounted to the display system structure to offer optimum coverage for the display system users. G-Sync and 3D stereo-sync cabling are provided between the workstations, projectors and IR emitters. Also, reference sync is sent to the ART optical tracking controller to eliminate any interference between the active stereo system and the tracking system.

The tracking system consists of the following components: 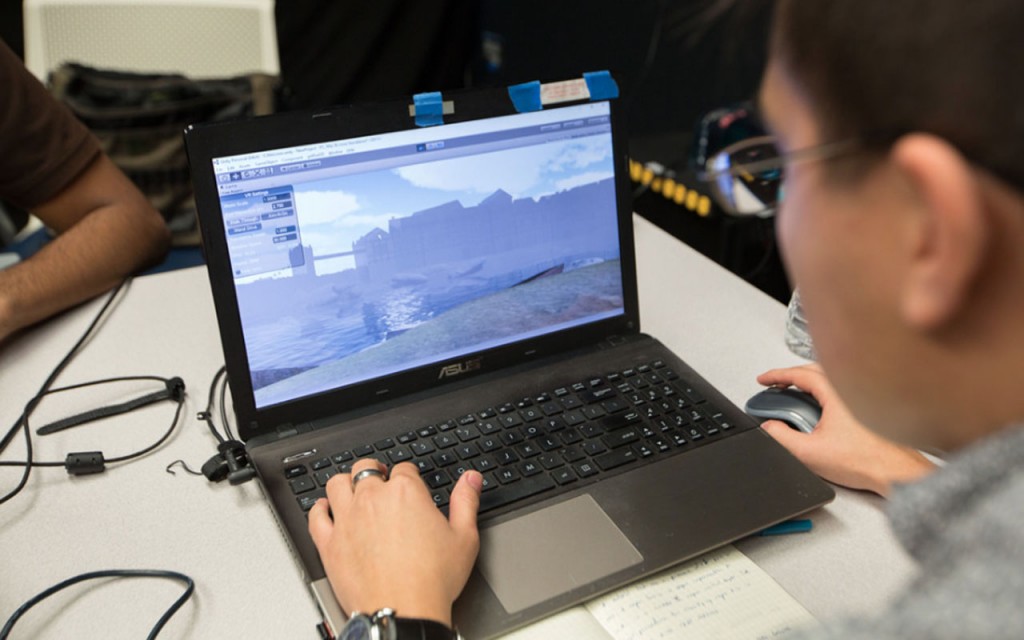 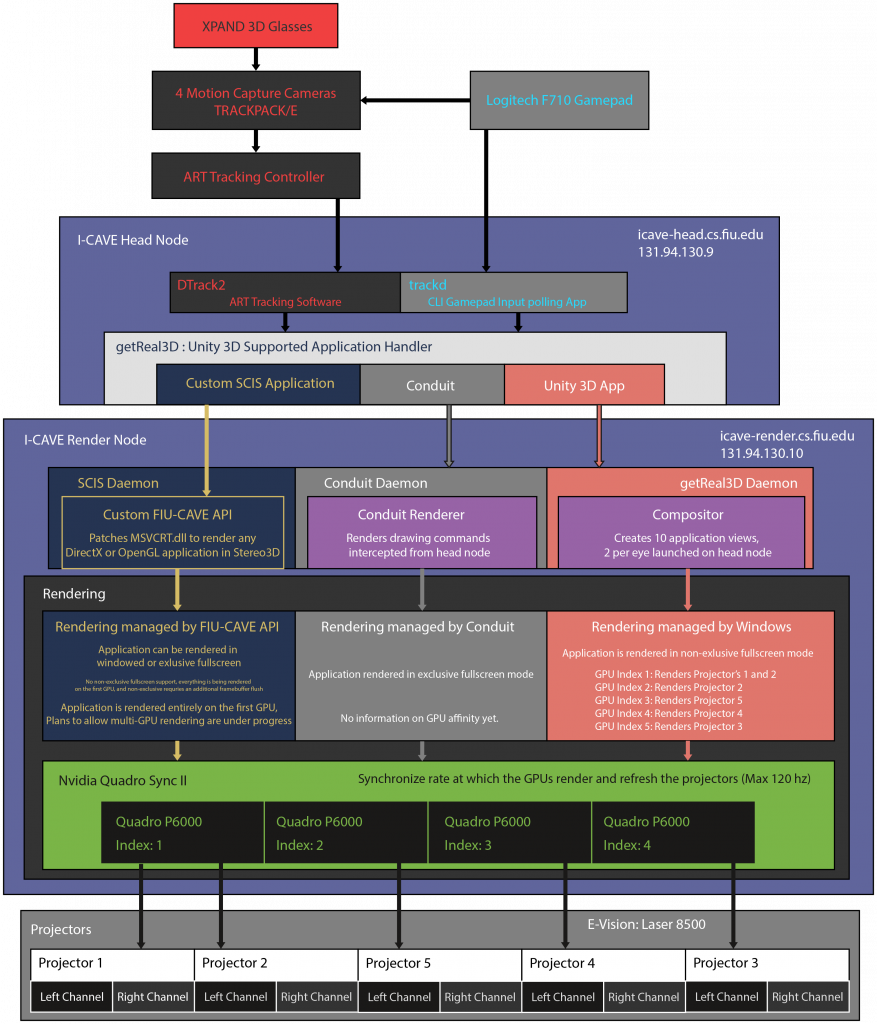