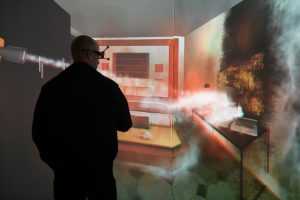 At the ICAVE lab we have recurring training sessions for firefighters. So far we’ve had firefighters from the City of Miami, Coral Gables, and Miami-Dade County. The staff at lab worked on a single residence Incident Command Traning Simulator that helps on duty firefighters train to improve their communication when responding to a single residence fire or when serving as incident commander for such scenario. 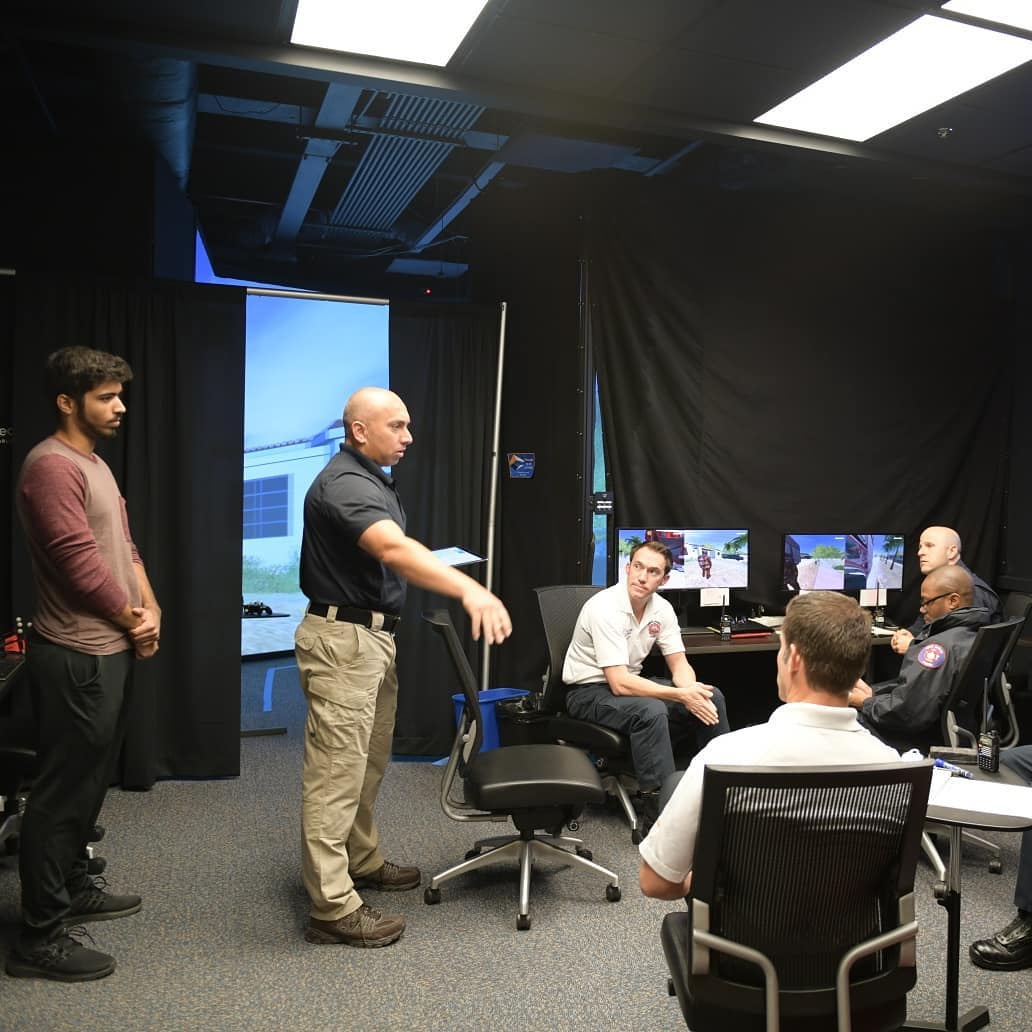 The training program is provided by an experienced instructor who using the cutting edge technology provided by the lab is able to fully control a virtual simulation of a house on fire and responding emergency units.

The software the ICAVE provides is divides training into 3 major roles. The first responder who is the first arrival at the scene and is fully immersed in the experience having full control over his movements, view and objects he can interact with. 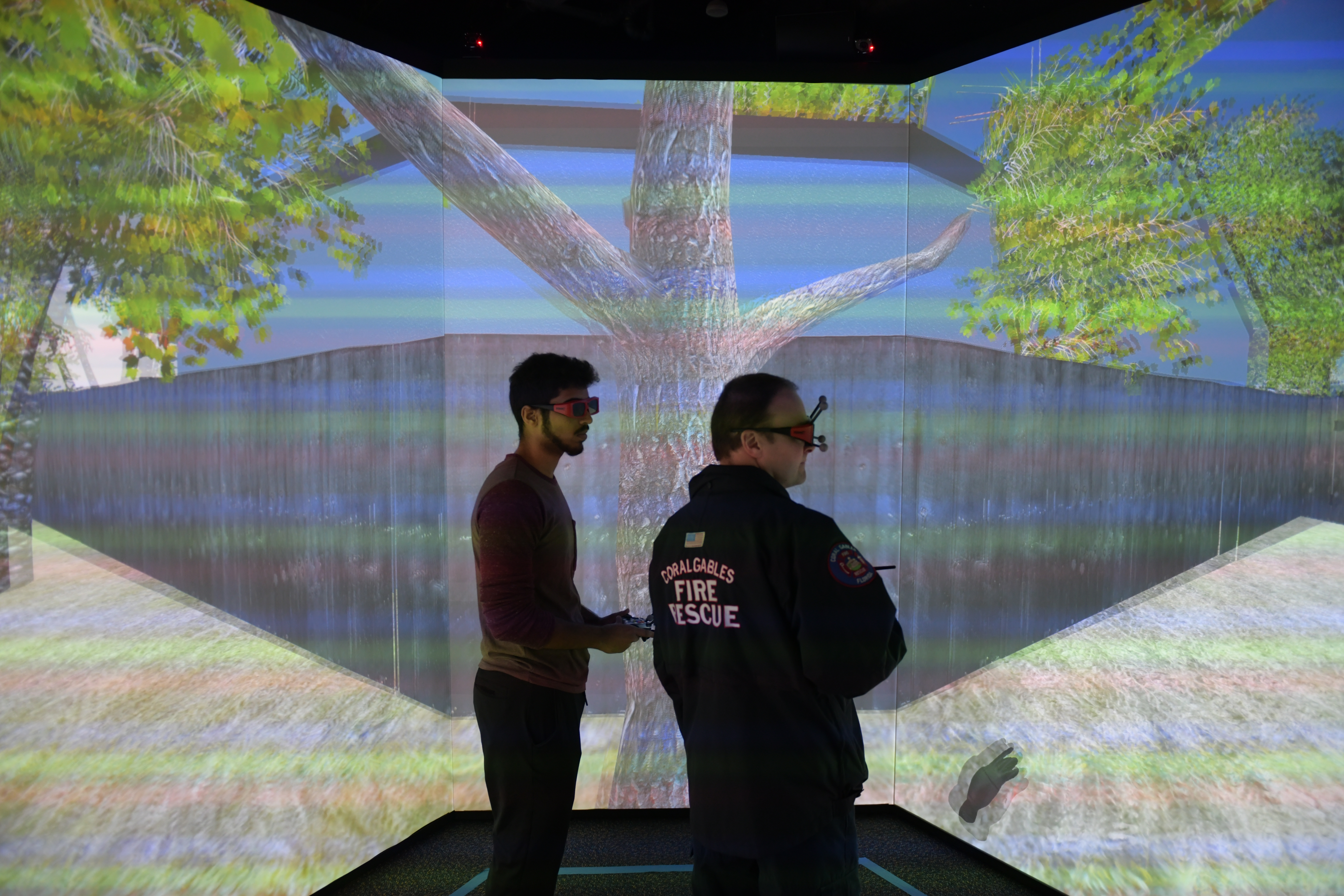 The second role are the spectating units in which the firefighters will expect ate through a monitor how a virtual firefighter does all the assignments they call out. The focus of the spectators mainly in communication, they see what is happening in the environment and are supposed to call out their progress on their assignments or any key observations that must be called out. 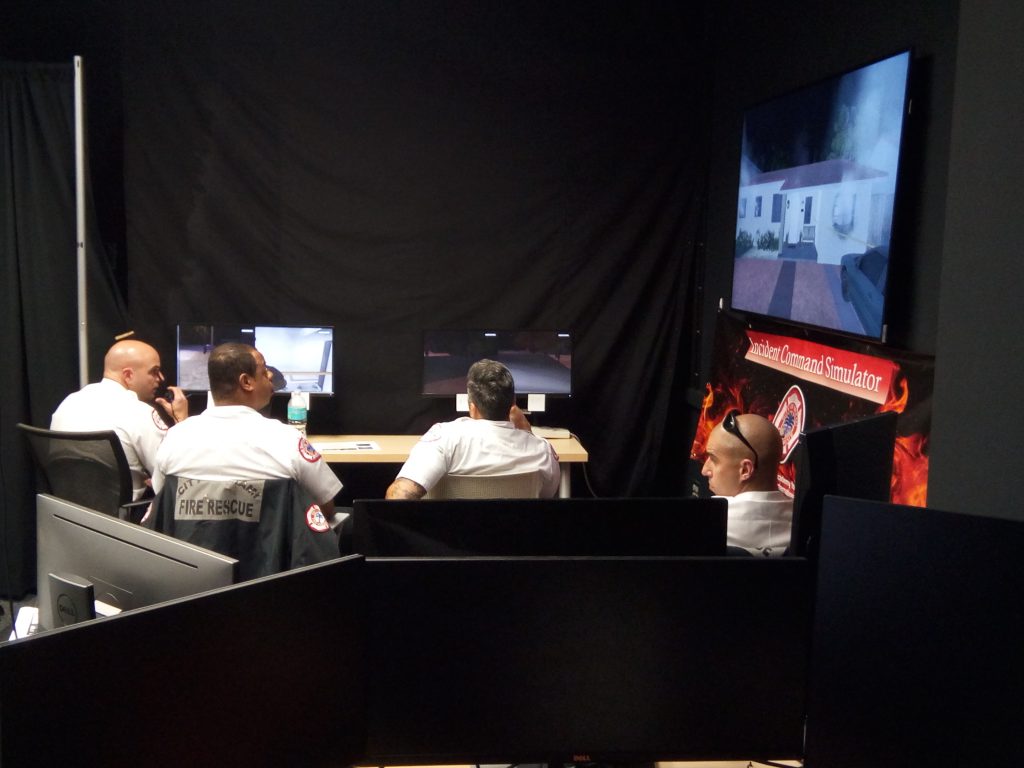 The last role is the chief who has full command over the entire scene and uses the radio to communicate with every unity at the scene while observing any major changes in the scenario from a distance on a TV without getting involved. 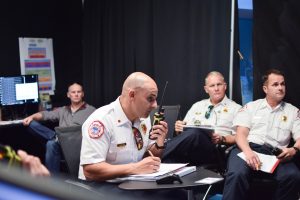 While most of the training has been done on a single family residence the team is working on a low rise scenario. This upcoming scenario will come along a vastly improved framework that will allow for easy creation of future training scenarios in other locations like warehouses, malls or even a high rise. The goal of the software is to facilitate training for firefighters so that they may be more efficient at saving lives by refining their communications and alertness when responding to an incident. Feedback the team has obtained from on duty firefighters that have trained with the software suggest that the ICAVE Incident Command Simulator improves firefighter communication and their decision making while dealing with an emergency situation. This in turn helps put less people in danger and save more lives.

Relevant Staff that led the development of this first iteration of the project are the following: 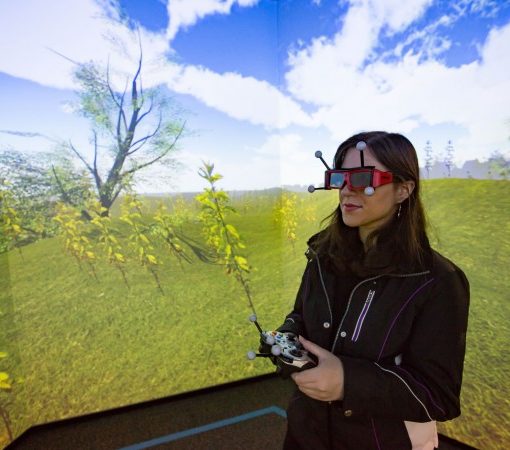 It’s 1598, and you’re on your way to the Globe Theater to watch one of Shakespeare’s plays. You walk along the dirt […] 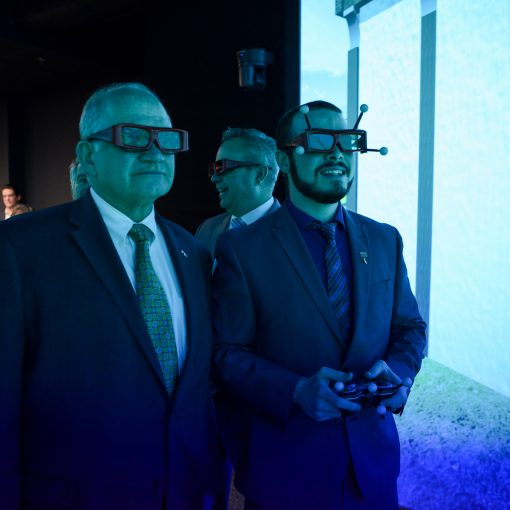 As of February 01,2016, the I-CAVE is open on the FIU Modesto Monique Campus. Celebrating the opening of the I-CAVE, is the […]